Authorities from Brazil, Chile, Venezuela and Argentina are enlisting help to fight fires that have already affected more than 35,000 hectares of the Bolivian territory. According to the Bolivian forest and land authority, Bolivia has 34,300 sources of heat that have affected 109 municipalities of the country’s 337. 76 percent of national airports are close due to smoke caused by fires. Santa Cruz is the most affected department. (OCHA, 30 Aug 2010)

The 2010 drought is the worst that Bolivia has seen in last 30 years. In the last three months, there have been more than 47,000 fires causing health problems and significant losses in the aviation sector. Nearly 4 million hectares have burned and the effects of drought and fire are expected to remain until December. OCHA, 27 Sep 2010 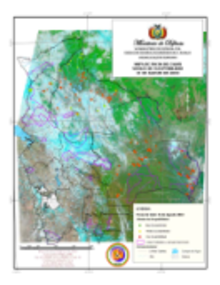 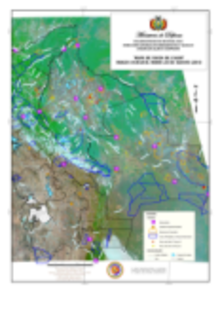 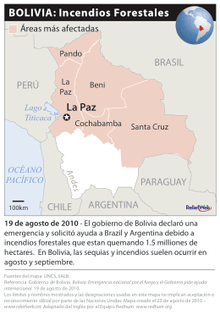