On Sunday, 29 November 2020 at 13.00 hours, Central Indonesia Time (GMT+8), Indonesia’s Centre for Vulcanology and Geological Disaster Mitigation (Pusat Vulkanologi dan Mitigasi Bencana Geologi – PVMBG) raised the alert level from Level 2 (advisory) to Level 3 (watch/alert) after increasing activity of Ili Lewotolok Volcano (also known as Ile Lewotolo). The volcano is located in the northern part of Lembata island, East Nusa Tenggara (Nusa Tenggara Timur– NTT) Province. An alert Level 3 warrants a danger zone of up to 4 kilometres from the volcano since there is the potential for further eruptions.

From Friday, 27 November 2020 to Thursday, 3 December 2020, Ili Lewotolok Volcano recorded 27 eruptions. PVMBG observed the height of the ash column between 200 – 4,000 meters above the peak of the volcano and advised people in the vicinity of Ili Lewotolok Volcano to keep a safe distance because the volcano spews volcanic bombs in all directions. Moreover, heavy ash fall was reported in areas close to the volcano. PVMBG further warned the public of the dangers of exposure to volcanic materials, such as eye injuries, suffocation, and respiratory problems.

On 1 December 2020, Lembata Distict government declared a Disaster Emergency Alert (Tanggap Darurat Bencana) within its administrative area. At the time of writing, there were no immediate reports of casualties or major damage due to the eruptions. Nevertheless, at least 7,968 people from 17 villages in Ile Ape sub-district and nine villages in Ile Ape Timur Sub-district had been evacuated. The evacuees are dispersed across 13 evacuation centres in Lembata District. (IFRC, 9 Dec 2020) 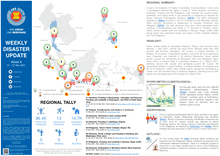 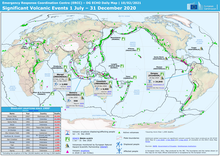 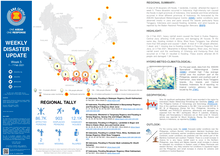