The Ubinas volcano in southern Peru started showing activity in September 2013 with explosions and ash emissions. On 14 Apr 2014, a state of emergency was declared for a duration of 60 days, after ash had reached an area of 40km around the volcano, affecting the health and livelihoods of nearby communities. (PAHO, 30 Apr 2014)

By 23 May, 528 people from three communities in the Arequipa and Moquegua regions had been evacuated to shelters and more than 1,000 people had been exposed to ash emissions and toxic gases. Ashes had reached Arequipa city - 65 km away from the volcano. More than 91,000 animals and 908 hectares of pasture and crops had been affected as well. (UN RC, 23 May 2014) 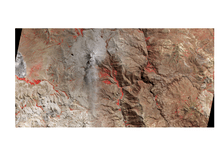 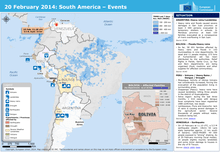 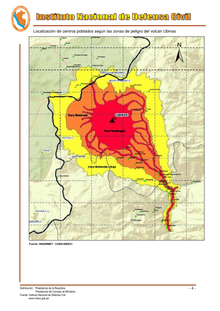