El Salvador's Chaparrastique volcano erupted on 29 Dec 2013, spewing a column of ash that rose more than 5 km above the volcano. Falling ash affected the population living on the volcano's western side, where 2,300 people were relocated to 16 collective centers set up by the authorities while an unknown number moved to homes of relatives living in safe areas. Ash and gas emissions continue, and authorities will consider it a risk situation until sulfur dioxide emissions show a significant and sustained decrease. (IFRC, 6 Jan 2014) 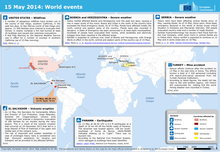 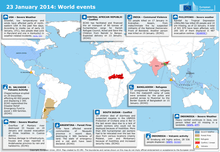 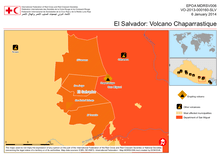