In January, Gaua, a volcano in the Torba Province, Vanuatu erupted and saw heavy ash fall resulting in the relocation of a community from one side of the island to the other. (IFRC, 30 Jun 2010) An increase in activity at Mt Garet, an active volcano on Gaua Island, Torba Province, Vanuatu forced the evacuation of over 300 people from three villages on the west coast of Gaua on 26 November 2009. As of 4 December, nearly 400 people were evacuated from the villages on the western side of the island. (WHO, 14 Dec 2009) 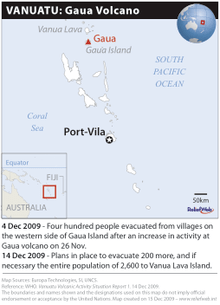 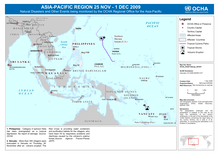