Tropical Cyclone Chapala made landfall on mainland Yemen on 3 November and early reports point to substantial flooding, including in the country’s fifth largest city, Mukalla. Based on current projections the estimated number of people that may be affected by Cyclone Chapala is 1.1 million or more – mainly in the two governorates of Shabwah and Hadramaut.

Initial reports suggest more than 40,000 people displaced or temporarily evacuated from coastal areas and at least 450 homes damaged or destroyed. Early reports of three deaths and 34 injuries. Humanitarians have pre-positioned stocks and have launched a response. (OCHA, 3 Nov 2015).

In December, the IOM continued to provide non-food items and health services to cyclone-affected populations in Socotra. (IOM, 7 Jan 2016) 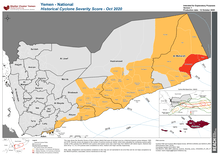 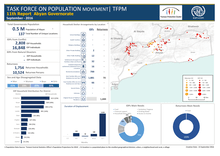