After making landfall as Category 1 Typhoon on 30 Sep 2013 on the central provinces of Viet Nam, Wutip passed over Laos on 1 Oct and then moved to Thailand, where it weakened from a typhoon to a tropical depression, bringing heavy rain to the northern regions of the country. 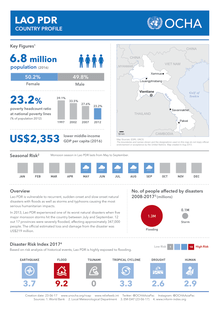 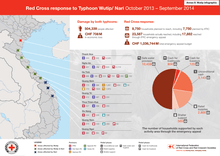