Tropical Storm Isaac's centre passed over Haiti's southwest peninsula in the early morning of Saturday 25 August, approximately 80 kilometres west of Port-au-Prince. As of 28 August, a total of 165 camp areas have been affected in Port-au-Prince with a total number of 13,800 families affected. The confirmed fatalities from Tropical Storm Isaac throughout the country are of 5 people. (IFRC, 28 Aug 2012)

In the Dominican Republic, more than 4,700 houses were flooded and 2,225 people took shelter in evacuation centers (Government, 27 Aug 2012). 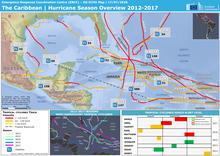 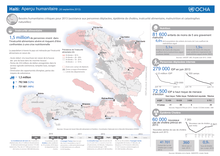 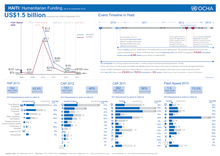