Tropical Storm Saola (Gener) turned into a typhoon on 30 July 2012. It did not strike the Philippines directly, but exacerbated a low pressure area in the vicinity, bringing several days of heavy continuous rains to large parts of the country. The National Disaster Risk Reduction and Management Council (NDRRMC) reports on 7 August state that the total number of affected persons has now increased to some 950,000 while 53 others have been killed and 35 injured. Currently there are 91 evacuation centres which serve as temporary shelter for 20,000 families. (IFRC, 7 Aug 2012).

Typhoon Saola pounded Taiwan with torrential rain and landslides that left four people dead and forced nearly the entire island to shut down on 2 Aug 2012 (Voice of America, 02 Aug 2012).

Strong tropical storm Saola, weakening from a typhoon, lashed coastal regions in east China and made landfall in Fuding city of southeastern province of Fujian on 03 Aug 2012, forcing over 300,000 people to evacuate. (Xinhua, 03 Aug 2012) As of 8 August, 25 people had been confirmed dead and nine remained missing due to heavy rains in 20 counties and districts in central China's Hubei province. Rainstorms and rain-triggered mudslides destroyed nearly 9,708 houses and damaged at least 36,726 others. Over 135,000 local residents have been forced to relocate or are in grave need of daily necessities. (IFRC, 10 Aug 2012) 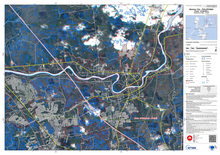 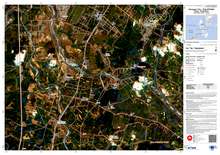