Less than two weeks after being battered by Cyclone Giovanna, another violent storm has swept over Madagascar, killing 72 people and leaving 70,000 homeless, according to the National Disaster Risk Management Agency.

Tropical storm Irina brought heavy rains, especially in the southeast of the country around the towns of Mananjary and Manakara, starting late on 26 February. While most people had been warned of Giovanna's destructive potential, Irina took the Indian Ocean island largely by surprise, destroying roads and houses already weakened by the first cyclone. (IRIN, 7 Mar 2012) 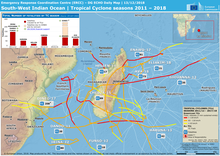 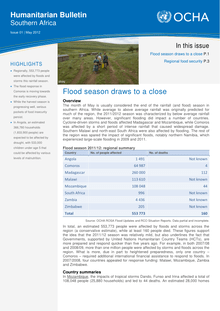 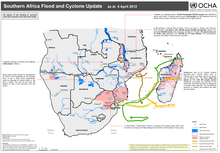