Some 428,000 families (around 2 million persons) in 17 cities and 23 provinces of the Philippines were affected when Typhoon Megi struck on 18 Oct 2010. The super typhoon made landfall near Divilacan on the eastern coast of Isabela province in the island of Luzon, leaving 31 people dead and 42 injured by the time it exited into the sea. The Category V typhoon also left a trail of destruction to homes, agriculture and infrastructure, with more than 148,000 houses damaged. The provinces of Cagayan, Kalinga, Isabela, La Union and Pangasinan were worst-hit. (IFRC, 22 Nov 2011) 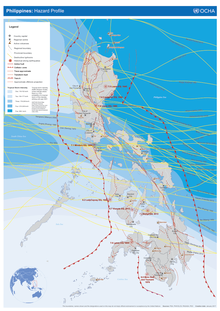 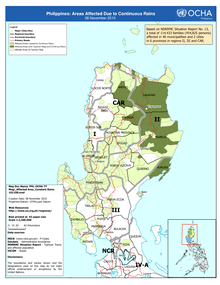