Typhoon Conson (locally known as Basyang), struck on 13 Jul 2010, sweeping across Luzon (northern island of the Philippines), leaving some 100 people dead and affecting close to 115,000 families in 12 provinces. (IFRC, 27 Dec 2010) The typhoon weakened into a tropical storm as it moved out of the Philippines' area of responsibility on 15 Jul 2010, blowing into the South China Sea with sustained winds of approximately 85 kph. Some 3,700 houses were destroyed and 27,800 damaged. Around 70 schools were damaged while agricultural production has been affected in seven provinces. (IFRC, 22 Jul 2010) 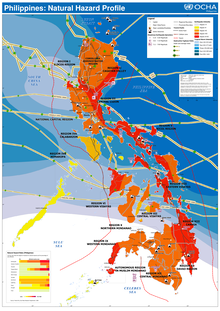 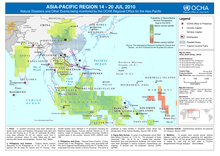