Cyclone Tomas, a Category 4 cyclone, struck the Fiji Islands on 15 March 2010, bringing destructive winds and heavy rains. The Government declared a state of disaster in the northern and eastern divisions of Fiji on 16 March 2010. Some 240 evacuation centres were opened in the affected divisions to shelter more than 17,000 evacuees. (IFRC, 17 Mar 2010) 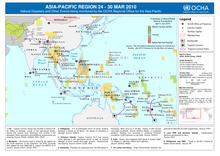 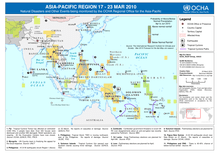 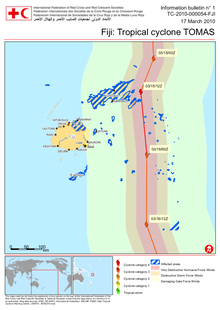