Tropical cyclone Mick struck the main islands of the Fiji group resulting in housing and crop damage and displacement of thousands due to the resultant flooding. (IFRC, 30 Dec 2009)

On 14 December 2009, Mick struck Fiji, bringing destructive storm force winds with average speeds of 90 to 100 kilometers per hour. Houses were destroyed and low-lying and coastal areas flooded. At least 3,845 people are housed in 68 evacuation centres as of 15 December. At least 2 deaths have been reported. (WHO, 17 Dec 2009) 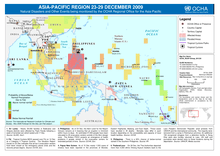 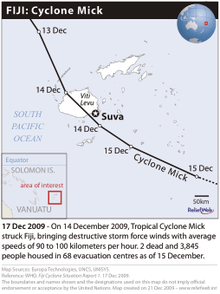 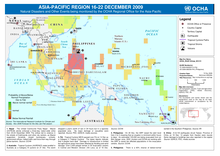