Tropical Cyclone Ivan, with wind gusts of 230 kilometer per hour, (category 4 on the Saffir-Simpson scale) made landfall in Madagascar on 17 and 18 Feb 2008. The cyclone caused extensive damage on the touristic island of Sainte-Marie as well as in the 14 regions and 44 zones in the north-east and north-west of the mainland. 93 people were killed, and 332,391 people were affected amongst whom 191,182 people were displaced.

Rainfall continued for several days after the cyclone which made conditions even worse and delayed the beginning of preliminary assessments. Major destruction to electricity, water and communication networks was also reported. (IFRC, 4 May 2009) 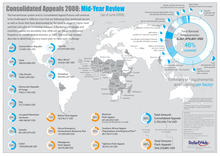 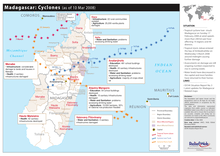 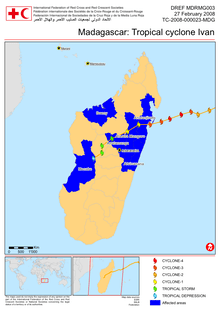