Tropical cyclone Clovis developed in the southern Indian Ocean on 31 Dec 2006 and made landfall along the east coast of Madagascar on 3 Jan 2007 with maximum sustained winds of 90 km/hour. After heavy rainfall from the passage of a cold front, flooding and mudslides were the primary effects especially in Mananjary, located 250 kilometers to the south-east of Antananarivo (the capital). One death was reported in Ankadirano and 2,587 people were displaced from homes in Mahatsara-Sud, Tsiatosiaka and Tsaravary communes when more than 400 houses were destroyed by strong winds or floods. (IFRC, 17 Dec 2007) 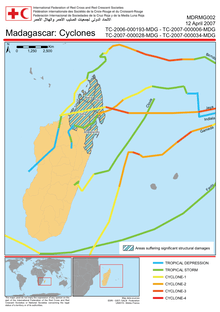 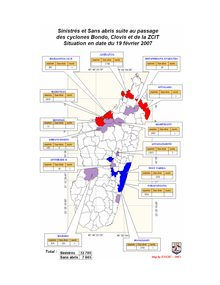 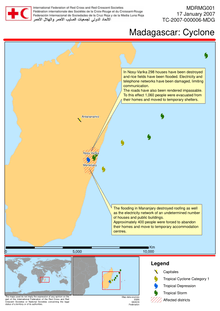