A new round of rain storms starting in late June have killed at least 61 people with 11 others missing in 10 provinces affecting approximately 17.44 million people in Jiangsu, Anhui and Shandong provinces in the east; Hunan, Hubei, Jiangxi provinces in central China; Guangxi and Guangdong provinces in the south; Chongqing Municipality and Sichuan Province in southwest; and Shaanxi province and Inner Mongolia Autonomous Region in northwestern China. Latest reports state 1.17 million people have been evacuated, while about 982,400 hectares of farmland have been affected by bad weather and about 66,000 houses have collapsed. (IFRC, 16 Jul 2012) 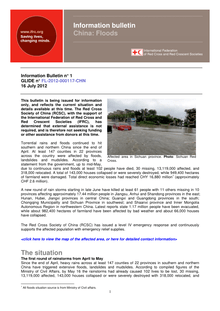 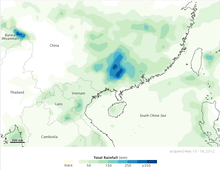 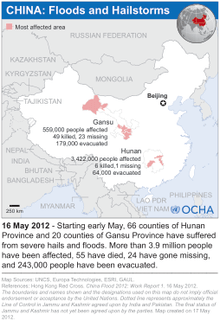