Three days of heavy rains triggered flash floods and a massive landslide in and around the capital Freetown on 14 August. The most severe disaster occurred in Regent and Lumley districts with a massive 6 kilometres mudslide submerging and wiping out over 300 houses along the banks of the Juba river. Flash floods also affected at least four other communities in other parts of Freetown.(OCHA, 15 Aug 2017)

At least 500 bodies have been recovered. However, several hundreds are still missing, An estimated 5,900 or more people are believed to have lost their homes or have been directly impacted and are in immediate need of emergency assistance and shelter. Nine response pillars are coordinating their response efforts with the Office of National Security who has the overall lead. Humanitarian partners are providing emergency WASH, health, shelter and protection assistance to those in temporary holding centres and those in host families. (OCHA/UNORC, 22 Aug 2017)

On the night between...26 [and] 27 August, new flooding appeared in downtown Freetown, and has flooded a health centre, the bridge and a school at Kroo Bay. One person is reported dead and two injured. The WHO team has assessed the damage to Kroo Bay Health Facility where flooding waters destroyed health records, drugs and supplies, mosquito net stock piles and medical equipment. (OCHA/UNORC, 29 Aug 2017)

As of 31 August, the total number of confirmed deaths is slightly above 500 and the number of missing persons at 810. With 616 households (93 percent) verified, the results show that a total of 5,951 people reported being affected by the mudslide and floods, of which 969 are children under the age of five and 393 are pregnant and nursing women. (UNDAC/UNORC, 31 Aug 2017)

As of 5 September, the distributions of food and non-food items have reached over 85% of flood and landslide affected people. (UNDAC/UNORC, 5 Sep 2017)

Following emergency response to the landslide and floods in and around Freetown on 14 August 2017, the UN system in Sierra Leone is now supporting national recovery. The UN Country Team has designated UNDP and the World Bank as co-leads of the effort. The Ministry of Finance and Economic Development has underscored that a national recovery strategy should address both the needs of those directly affected, and a plan to tackle the longer-term issues including environmental; climate and disaster risks; and settlement and urban development. (UNDP/UNORC, 12 Sep 2017)

Sierra Leone’s first ever Oral Cholera Vaccination (OCV) campaign kicked off on 15 September. The emergency campaign targets communities affected by Western Area’s recent floods and landslides. WHO, UNICEF, Gavi, UKaid, MSF and other health partners are working with the Ministry of Health and Sanitation to implement the campaign, which aims to reach a total of 500,000 people. (Gov't of Sierra Leone/UNICEF/WHO, 15 Sep 2017)

As of 10 October, the UN system in Sierra Leone continues to support national recovery. In addition to addressing the urgent needs of those most affected, medium and long-term assessments and action plans have been put in place under national leadership to ensure risk mitigation and protect the people of Sierra Leone from future tragedy. (UNDP/UNORC, 10 Oct 2017) 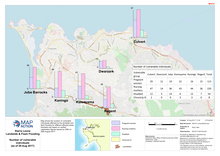 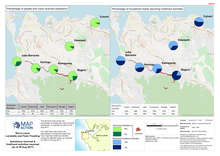 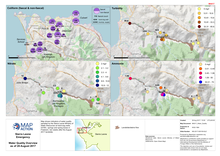