From 25 July to 3rd August 2022, heavy rains caused flooding in some parts of Mauritania, including Hodh El Gharbi, Assaba and Tagant in southern and central Mauritania. Among other things, the floods caused extensive material damage to 4,351 households, or 28,926 people. They also caused the deaths of 14 people, most of them are children. Across all the 7 affected regions, 3,817 houses were destroyed and a loss of 766 head of cattle was recorded because of the severe rains. (IFRC, 23 Aug 2022)

Since late July, heavy rainfall and widespread floods hit several parts of Mauritania (particularly the southern regions) leading to casualties and damage. According to UN OCHA, at least 19 people have died, 38,000 people have been affected, and almost 4,000 houses destroyed. Hectares of crops have been destroyed, and roads were cut off for several days. Access to drinking water has become inaccessible for many affected families. (ECHO, 14 Sep 2022) 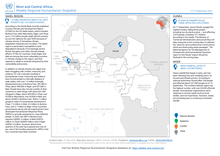 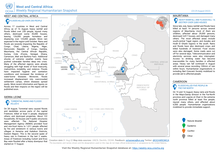 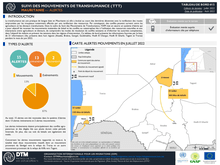