On 27 January, heavy rainfall occurred in Kilwa, Liwale and Ruangwa districts in Lindi region in south-eastern Tanzania. This resulted in flash floods that have led to fatalities and major damage. The latest update from the local government, shared on 28 January, reported more than 18,000 people affected, 13 deaths, 5 people missing, 1,746 houses completely destroyed, and 1,074 latrines collapsed...The flash floods have caused major damage to local infrastructure, livelihoods and personal properties. Schools, roads and bridges have been destroyed as well as 495 acres of farmland. Some of the areas are only accessible by boat...At this point of time the Tanzania Red Cross Society (TRCS) is fully relying on a local government source for its data. One National Disaster Response Team (NDRT) member; 1 water, sanitation and hygiene (WASH) staff person; and 1 health staff person are currently on their way to the affected area to support the local branch with initial response and rapid assessment. TRCS is confronted with floods in various parts of the country. On 27 January, Dodoma, Iringa and Songwe have also been affected by flash floods, with respectively 900 and 500 people affected. Therefore, the DM team at headquarters is overstretched and has requested additional surge support to support the local branch and NDRT with the rapid assessment, as well as the development of the full operational strategy. (IFRC, 29 Jan 2020)

Heavy rain and floods continue to affect most parts of Tanzania, particularly the Lindi, Mwanza, Morogoro and Manyara regions, leading to at least 40 fatalities. According to media reports, 21 people were killed by floods in Lindi (south-east Tanzania) and 9 in Mwanza (north-west Tanzania) and 3 in Manyara (north-eastern Tanzania). In Morogoro (central-east Tanzania) 7 people died after flooding occurred in Mvomero and Malinyi districts. More than 15,000 people have been displaced and around 1,750 houses destroyed. Over the next 24 hours, more heavy rain and thunderstorms are forecast over the already affected regions. (ECHO, 07 Feb 2020) 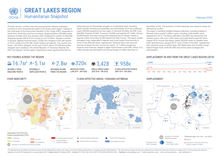 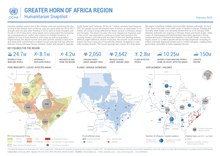