From 8 – 10 January 2020, the International Organization for Migration (IOM) conducted rapid assessment in 12 resettlement sites across Tete and Zambezia provinces after the heavy rainfall last 30 December 2019 to 05 January 2020. In total, 45 upgraded shelters, 37 emergency shelters and 109 tents were completely destroyed due to the heavy rain. (IOM, 10 Jan 2020)

From 11 to 15 February 2020, Grudja, Estaquinha, Bandua, Guara-Guara, Vila de Buzi, Muchanesse, Munimucua and other areas in the district of Buzi, Sofala province - Mozambique were severely affected by the rising level of the water basin, which led to floods. These floods in the region caused the isolation of communities in floodplains; community members took refuge in treetops, houses and ravines waiting for rescue. In the village of Buzi, between the night of the 14 and the morning of the 15 February, the water level rose forcing the displacement of more than 7,400 people from Buzi alone. A total of 30 accommodation centres (schools, churches and other buildings) have been set up to support those displaced. (IFRC, 24 Feb 2020) 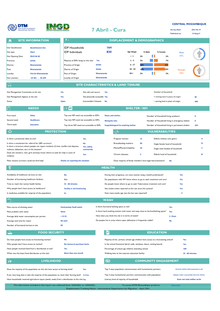 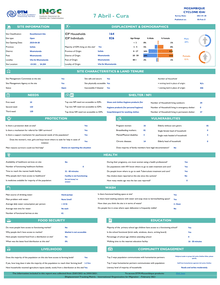 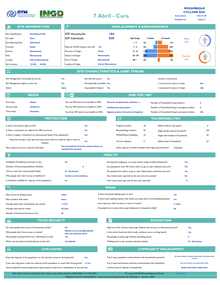