Heavy rain has been affecting central and northern Tanzania since the beginning of October, causing flooding and river overflow. As of 16 October, the number of fatalities increased to 18, of which 11 in Morogoro Region and significant damage to houses, infrastructure and crops. (ECHO, 16 Oct 2019)

According to media reports, 14 people died in Handeni district (Tanga Region). Since mid October, several floods have led to a total death toll of 44. In addition, a number of houses, roads, bridges and crop farms have been damaged. (ECHO, 28 Oct 2019)

As of 31st October, Mara is one of the most affected regions hit by heavy rains between October 26th and 28th and particularly the district of Rorya and Musoma Rural. The Emergency Needs Assessments conducted by TRCS National Disaster Response Team (NDRT)’ members in coordination with Local Authorities in these districts between October 29th and 31st, reported that rains coupled with strong windstorms affected 1,113 people (292 HH), including 50 injured. Several homes and infrastructure, including roads, classrooms and bridges were either destroyed or damaged, as well as several livestock and small stocks, in addition to 370 acres of crop farms which were washed away. TRCS is seeking CHF 83,430 from the IFRC Disaster Relief Emergency Fund (DREF) to meet the immediate needs of the flood affected population in Rorya and Musoma Rural districts in Mara region. (IFRC, 15 Nov 2019) 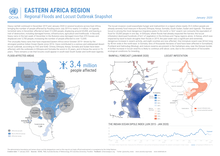 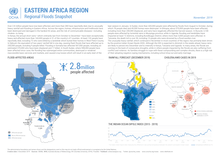 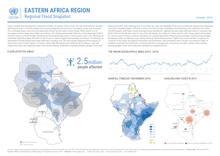