Although Tropical Cyclone Desmond did not reach Malawi its effects resulted in continuous rainfall in the southern part of the country since 22nd January through to 26th January 2019. Within this period, extensive rainfall were received for Blantyre, Chikwawa and Nsanje from the Department of Climate Change and Met service. On 23rd January 2019, the Village Civil Protection Committee (VCPC) reported to the District Civil Protection Committee (DCPC) on the flooding and subsequent displacement of people in some Tradition Authorities of Chikwawa District. Based on a preliminary assessment report, the most affected Traditional Authorities are Makhuwira and Paramount Chief Lundu in Chikwawa. The assessment reported that a total of 15,974 people were affected, 3,154 houses damaged or destroyed, and 5,078 people reported to be displaced across at least seven camps set up by communities and government through the VCPCs. The VCPCs managed to evacuate the IDPs to the following camps; Mpama CBO, Nyangu Primary School, Tizola Grain Bank, Phimbi Primary School, Livuzu Primary school, Sekeni Primary School and Alinafe Camp. Most of the affected houses were semipermanent structures. (IFRC, 11 Feb 2019)

A report from Salima District Council indicates that floods, that came about as a result of heavy rains, have affected 643 people in Mtauchira Village, T/A Pemba.The report further states that 257 people, of which 93 are under the age of 18, have been displaced and have since sought refuge at Kanduku Evacuation Centre[...]. (Gov't, Malawi, 15 Feb 2019)

Heavy rains and floods have affected most parts of the Southern Region in Malawi, following the formation of a tropical disturbance over the Mozambique Channel earlier in the week. At least 13 districts have been impacted, with Nsanje (more than 44,500 people affected) and Phalombe (25,000 people affected) hardest hit...On 8 March 2019, the President of Malawi, His Excellency Arthur Peter Mutharika, declared a State of Disaster in areas hit by the heavy rains and floods in the country. (OCHA, 9 Mar 2019)

In Malawi, nearly 739,800 people have been impacted, according to the Government, with 45 deaths and 577 injuries recorded. More than 75,900 people are estimated to be displaced, with many ad hoc camps established and people living out in the open as their houses have been destroyed. (OCHA, 13 Mar 2019)

[T]he Malawi Government, in collaboration with its partners, launched the Flood Response Plan to respond to diverse humanitarian needs from the floods that have devastated 15 of the country’s 28 districts. The response plan covers interventions to meet immediate needs in food, shelter, health and nutrition, water and sanitation, and protection services in the affected districts. It targets 162,240 households, including about 87,000 displaced people in various districts...Of the required US$ 42.7 million for the response, Malawi Government and its partners have secured US$13.3 million, leaving a gap of US$29.4 million. The response plan is for immediate humanitarian needs for the initial three months. (UNCT, 29 Mar 2019) 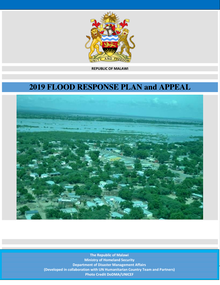 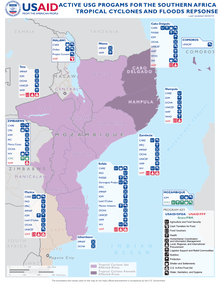 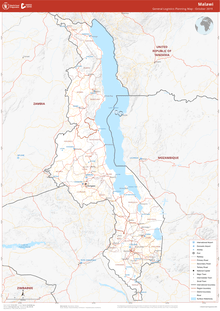 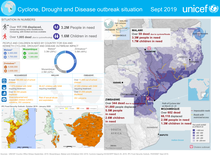