Torrential rainfall on 22-23 November caused severe flooding across Iraq, leading to the displacement of thousands of people and multiple deaths and injuries. Ninewa and Salah al-Din are the most heavily affected governorates, with bridges, roads and villages being inundated; damage was also recorded in the southern part of the country. An estimated 10,000 people in Salah al-Din and 15,000 people in Ninewa need assistance, including thousands of families living in IDP camps. (OCHA, 25 Nov 2018)

Central and northwestern Iraq has experienced several episodes of torrential rainfall and severe flooding over a three-week period, most notably on 22/23 November, 30-November/1-December, and 6/7 December. These episodes were interspersed by rainy periods of lesser intensity, which nonetheless adversely affected clean-up efforts. Iraq often experiences heavy rains during winter, but storms this year have been more acute than usual. Ninewa bore the brunt of the severe weather, although other governorates were also affected. The storms washed away buildings, roads, and bridges, and flooded IDP camps and urban areas. A temporary state of emergency was declared in Mosul on 2-December after several neighborhoods were inundated and multiple buildings collapsed. Debris clearance and rehabilitation efforts are underway, but concerns about unexploded ordinance (UXO) must be factored into response efforts. After the initial floods on 22/23 November, camp management in several IDP camps in Ninewa instituted contingency planning which diminished the impact of subsequent storms; however, it is imperative to ensure that all 125 of Iraq’s IDP camps are restored to minimally acceptable standards, including improved flood mitigation measures. (OCHA, 12 Dec 2018.) 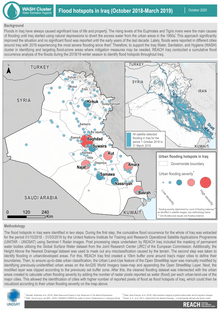 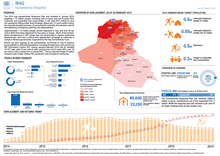 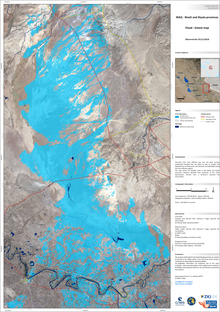