Heavy floods triggered by torrential rains on 18 June killed at least 18 people in the commercial capital Abidjan. Flood waters rose up to 2.5 metres high, inundating houses and destroying property across six neighbourhoods in the coastal city. Rescue teams saved 115 people. Several people were forced to seek refuge with other families. A few of them have returned to their homes. The authorities plan to demolish structures in flood-prone areas and compensate the owners. Deadly floods are common during the rainy season that runs from June to October. (OCHA, 25 Jun 2018)

As the peak of raining season is expected from July to August, quick actions must therefore be taken to reduce the potential impact of additional flood episodes and for those currently affected, to enable them to regain their dignity. (IFRC, 3 Jul 2018)

From 18 to 19 June 2018, almost all of Côte d'Ivoire suffered heavy rains which led to a great deal of material damage and loss of life. The resulting floods in several neighborhoods in Abidjan and other cities led to collapse of build- ings and bridges. A total of 21 deaths has been reported, including 18 in Abidjan in Cocody. In the most affected district of Riviera in Abidjan, 115 wounded people were receiving care. A total of 136 people has also been reportedly rescued in affected areas by the rapid interven- tion system put in place. On 20 June 2018, the Public Health Emergency Operations Center (COUSP) was activated to respond to the health consequences of this crisis. Rapid Intervention teams have been in the field to assess health risks, health services, to collect information for the response planning and decision making. (WHO, 13 Jul 2018) 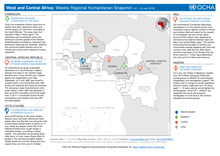 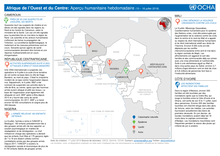 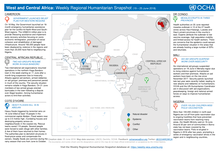