During the morning of the 20th of January, intense rain resulted in an accumulated rainfall of 290 mm in Presidencia Roque Sáenz Peña (Taking in consideration that the wettest month is January with an average of 100mm of rain), causing flooding that isolated zones across the city as well as cutting the electricity supply and causing the collapse of the sewerage system. Some homes and public buildings were flooded by between 10 cm and 150 cm of water. Presidencia Roque Sáenz Peña, which is part of the Chaco Province, is located 170 km from Resistencia (provincial capital) and 1,100 km from Buenos Aires. The affected neighbourhoods are: Santa Mónica, Tiro Federal, Ginés Benítez, Monseñor de Carlo, Santa Elena, Hipólito Yrigoyen, Sáenz Peña, Milenium, San José, Piñeiro, Nala, Pablo VI and Quinta Ocho...At the time of writing the present report, 1,134 people were sheltered in three evacuation centres, of which two have problems with access to water that is fit for human consumption and difficulties with solid waste management in bathrooms.
Due to this situation, some people are suffering from illnesses such as gastro- intestinal pain and skin rashes. People who are sheltered in some of these centres do not have access to sanitary services, and there are some temporary difficulties in accessing food due to challenges in accessing the region. (IFRC, 2 Feb 2018)

The water overflowed a ring of defenses 600 kilometers from the city of Formosa. In as much, in Salta the river continues in low, although there is alert by rains in the high river basin.
Some 2,500 people from 630 families of indigenous peoples who live in the west of the province of Formosa began to be evacuated this morning by the flood of the Pilcomayo, which exceeded the defenses, while in Salta the river is still low, although there is warning of rain in the upper basin. (Gov't of Argentina, 16 Feb 2018)

On 31 January 2018, heavy rains that fell in the northern part of Salta province in north-eastern Argentina, coupled with rainfall in the upper basin of the Bermejo and Pilcomayo Rivers (Paraguay-Bolivia border), caused a rise in water levels that flooded areas along the banks of the Pilcomayo River. Water levels far exceeded alert and evacuation levels, displacing more than 17,000 people and leaving 100 people isolated and incommunicado.
Total and partial damage to housing, principally in water and sanitation, were reported, which compounded the affected families’ vulnerability and augured a difficult return home. Power outages and damage to main and rural roads were also reported. (IFRC, 11 May 2018) 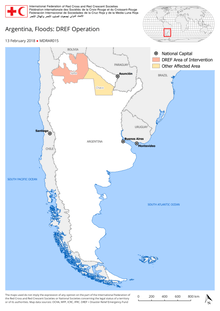 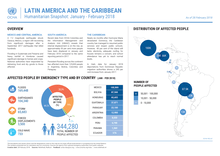 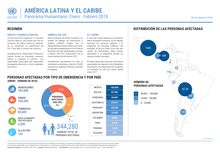