Since April 2017, Ghana has experienced a sharp alteration in its weather that has recently resulted in widespread flooding currently reported in over five regions of which four are heavily affected. The floods have caused devastating impact to people's health, safety and destruction to properties and livelihood. The reported flooding across the country is likely to cause devastation that communities and government is unable to cope and or even recover from it as farmers are losing their investments in production, communities are helplessly being displaced and infrastructure such as roads and buildings are collapsing. According to the Ghana Meteorological Agency the country will experience torrential rains' year at least until September 2017.

On 10 July 2017, Greater Accra, Central Region, Western Region and Eastern Region were declared as flood emergencies and/or under threat of floods with potential to cause devastation. There is an urgent need to conduct an in-depth assessment to have a better overview of the situation. (IFRC, 21 Jul 2017) 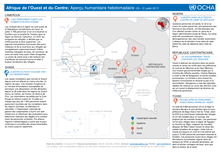 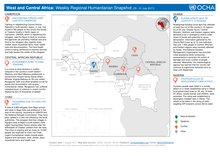