Continuous heavy rains and record-breaking snow fall have caused widespread flooding across three districts in Balochistan, from 17 to 22 January 2017. The government declared an emergency in the most impacted districts and demanded assistance for roughly 60,000 affected people in the province. On 30 January, the government made an official request to the Pakistan Red Crescent Society, asking for support for 6,000 families. Authorities reported 13 deaths and 650 people injured. (IFRC, 08 Feb 2017) 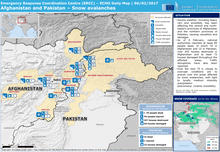 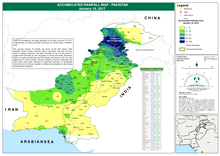