The Kenya Meteorological department (KMD) released an early warning on 25th April 2016, warning of heavy rains and storm surges (80% probability) that were expected to affect different parts of the country in the immediate period. (Kenya Red Cross, 30 Apr 2016)

Heavy rainfall has been observed in various parts of the country throughout the month of April 2016. Since 24 April 2016, this has intensified and resulted in widespread flooding in Nairobi, Kwale, Taita Taveta and Turkana. A total of 34,129 people have been affected. Nairobi County has so far experienced the worst effects of the rains and flooding, with lower income slum areas of Nairobi amongst those worst affected. On 29 April 2016, heavy rains led to the collapse of one residential building in the Huruma Estate in the North East of the city, which accommodated 107 families. As of 3 May 2016, Sixteen (16) deaths have been confirmed, 135 people have been treated for multiple types of injuries, and 75 have been reported missing. (IFRC, 3 May 2016) 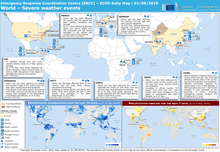 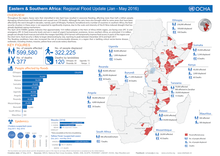 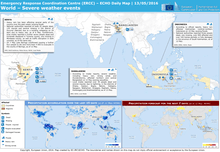