Several localities of Port-de-Paix, North West department of Haiti, were hit by multiple floods which followed heavy rains in late 2015 and beginning of 2016. Indeed, the heavy rains that hit this town have affected more than one thousand people, damaged hundreds of homes and killed 8 individuals. (OCHA, 31 Jan 2016)

More than 10,000 families have been affected by the floods, which particularly impacted the provinces of Nord, Grande-Anse, and Ouest. Damages on schools, fields and cattle have also been reported in Limonade and Cap-Haitien. (OCHA, 11 Mar 2016) 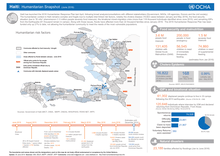 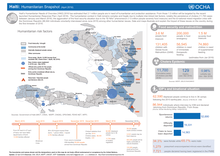 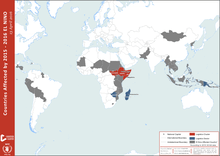