On 31 August, the government announced that 64 districts in the Buenos Aires province would be declared in agricultural emergency after being severely impacted by the floods. (La Nación, 1 Sep 2015)

On the first week of September, about 1,500 households were affected by heavy rain and hail in Puerto Iguazú, close to the Brazilian border. (Gov't of Argentina, 8 Sep 2015) 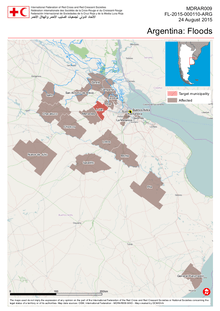 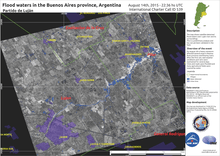 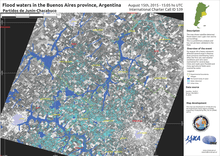