On the first week of August 2015, 20,000 people were affected by heavy rains and flooding in and around Burkina Faso’s capital Ouagadougou. More than 3,700 were left homeless, their houses reduced to piles of mud and debris. Making matters worse, more than 64 tonnes of cereal harvests and livestock were carried away by the floods. (IRIN, 7 Aug 2015)

By mid-August 2015 24,354 people (3,080 households) had been affected by heavy winds and floods in seven regions of Burkina Faso. The most affected areas were Bissighin and Kilwin neighbourhoods in the capital Ouagadougou (Centre region), and Dallo department (Centre Ouest region). 1,184 people were also affected in Wendpoli in the Sahel region, where food insecurity is high. Significant property damage was reported, as well as food stocks and other material having been carried away by the floods. Rains are expected to continue until the end of August, and gaps have been identified in the response for food security, health, rehabilitation and protection. (ACAPS, 19 Aug 2015)

As of early September, eight people have been killed, 54 wounded and 28,781 people affected by flooding and strong winds. Forty per cent of the affected people are children. More than 2,428 people displaced from their homes are being sheltered in schools. The authorities are identifying alternative shelter before the beginning of the school year. (OCHA, 28 Sep 2015) 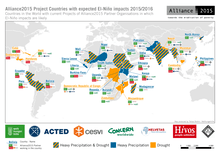 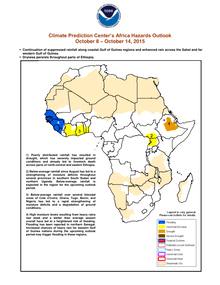 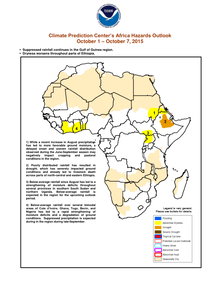