About 800 people remain displaced in South Cotobato and Sultan Kudarat, in the southern Philippines, due to floods caused by heavy rains over 24-25 June. Over 1,900 hectares of agricultural farms have been damaged. The Province of Sultan Kudarat declared a state of calamity. The heavy rainfall is also seriously affecting the more than 30,000 people still displaced since the outbreak of fighting in February 2015 in Maguindanao. (ECHO Daily Flash of 27 Jun 2015)

In July, the southwest monsoon brought moderate to occasionally heavy rains over Luzon and Visayas especially over the western sections and triggered the occurrence of flooding in several areas in Regions I, III, and NCR. Subsequentely, landslide incidents were reported in Regions III, NCR, and CAR as the Southwest Monsoon continued to be experienced in Ilocos, Cordillera, Benguet, Zambales, Bataan, Pangasinan, Metro Manila, Cagayan Valley, and Central Luzon. A total of 9,055 families (42,500 people) were affected in Regions III, IV-A, NCR, and CAR. (Govt. Philippines, 19 Jul 2015) 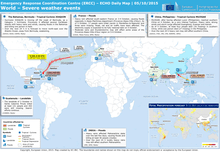 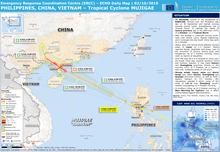 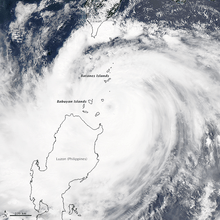