Moderate to heavy rains, which began on 13 Jun 2014, caused flooding in Mindanao, southern Philippines. In Maguindanao province, 17,063 families (85,315 people) were affected across 16 municipalities according to the National Disaster Risk Reduction and Management Council as of 26 Jun. (OCHA, 30 Jun 2014)

Typhoon Rammasun made landfall over Lapu-Lapu in Albay province on 15 Jul 2014, killing some 100 people and destroying more than 100,000 houses.

On 19 Sep, Tropical Storm Fung-Wong (locally known as Mario) made landfall on Cagayan and brought flooding in low lying areas of Luzon, including Metro Manila and the provinces of Bulacan and Rizal. As of 22 Sep, 11 people had been killed and around 1.1 million people had been affected across 27 provinces. 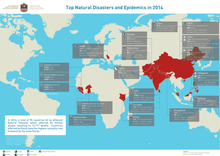 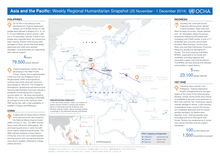 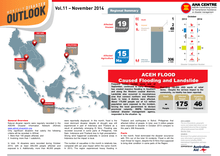