With the arrival of Southwest monsoon, the southern region of Sri Lanka received heavy rainfall with high winds within a short period of time in early June 2014. Kalutara district alone received 378mm of rainfall within six hours on 4 Jun, causing a massive landslide in the area. The floods and landslides caused 27 deaths and a total of 104,476 people (25,538 families) were affected in eleven out of the country's 25 districts. Over 1,300 houses were damaged and 288 houses were destroyed by floods, landslides and high winds. Since the southwest monsoon brings in water only to the southern and western region of the country, the the Northern, Eastern and North-central regions continue to experience drought conditions and suffer from food insecurity, water scarcity and loss of livelihoods. (OCHA, 29 Aug 2014)

On 29 Oct, a landslide occurred at the Koslanda tea plantation in Badulla district, about 220 km east of Colombo. (OCHA, 3 Nov 2014) As of 5 Nov, the Disaster Management Center reported that search and rescue teams had recovered 10 bodies, and that 1,875 people were affected, five people injured and 28 people still missing. (OCHA, 10 Nov 2014) 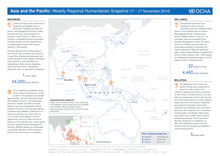 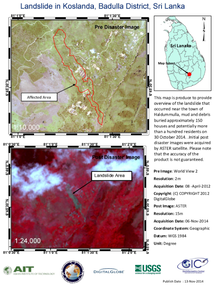 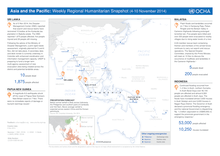