On 21 Jan 2014, heavy rains caused flash floods in the Dumila/Dakawa area in Tanzania's Morogoro region, which displaced over 10,000 people and destroyed or damaged houses, roads, bridges, public buildings and crops.

In mid-April, extensive rainfall over Dar es Salaam, Tanzania's largest city, caused flooding in all of the city's districts, affecting an estimated 20,000 people, with 19 deaths. The floods also caused damage to transport infrastructure and affected people had to relocate to churches and schools. By 23 April, the flooding in Dar es Salaam had receded and most residents were able to return home. Other regions affected include Rorya District in Mara where 300 houses were damaged due to heavy rains and strong winds. The southern region of Mbeya was also hit by flooding during the weekend of 19 Apr, and at least three people died in Kyela District. (OCHA, 27 May 2014) 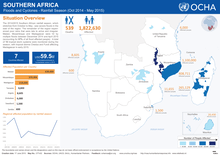 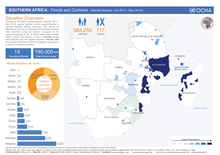 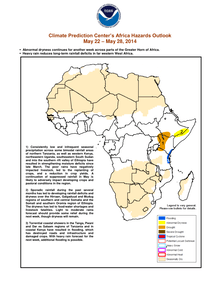