During the night of 9 Feb 2014 torrential rains fell for around 10 hours and caused flooding, mudslides and landslides in five communes of Burundi's capital, Bujumbura. By 12 Feb, two more areas, Kinyinya and Kijaga in Mutumbuzi commune, Bujumbura rural province had been affected. 64 people were reported dead. Over 940 homes were destroyed and nearly 12,500 people were made homeless. Most families lost everything they owned. Infrastructure, including roads and power supplies, as well as crops and livelihoods were also destroyed. (IFRC, 24 Oct 2014) 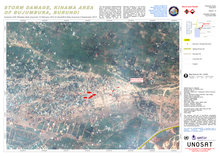 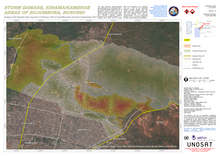 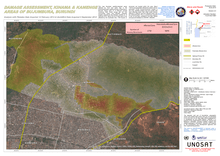