By February, the meteorological department reported that the country had received the peak of rainfall for the season and that while more rains were expected, they should not cause major flooding incidents (OCHA, 8 Feb 2013). 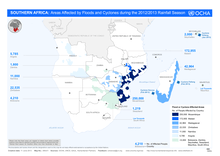 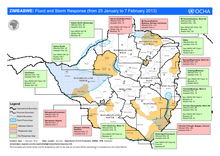 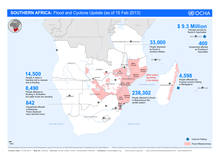