In October 2012, about 2,000 families were affected by floods, landslides, avalanches in Colombia in the year's second rainy season. The most affected departments are Bolivar (1,500 families), Cordoba (350 families), North of Santander, Huila and Atlantico. More than 1,600 houses were damaged, 22 houses destroyed and 10 people have died. Authorities are on alert for overflowing rivers, floods and landslides in the departments of Magdalena and areas in the Andean region, Pacific, Orinoquia and Antioquia. (OCHA, 22 Oct 2012) 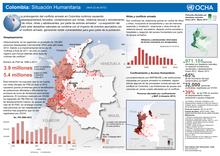 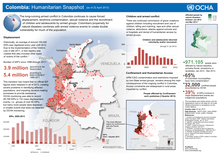 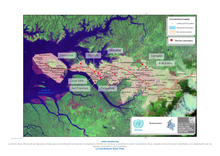