Floods and windstorms affected nearly 34,000 people in The Gambia during the rainy season between September and October 2012. Almost 20% of the affected population were displaced (7,745 people) while 13 people were reported to have died either through drowning or by collapsed structures. With the end of rainy season, no additional communities were affected by flooding, and as floods receded in November, most people were working to rebuild their homes and move back. (UNICEF, 30 Nov 2012) 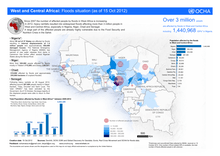 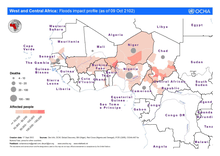 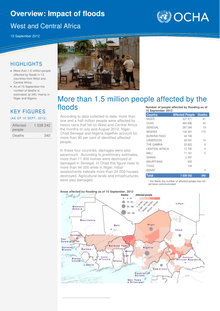