Paraguay was hit by severe rainfall from mid-March through mid-April 2012. This rainfall especially affected the western region of the country, known as the Paraguayan Chaco, causing damaging floods. The communities located by the banks of the Pilcomayo River were predominantly affected. As of 26 Apr, 15,789 families were affected by the flooding. (IFRC, 23 Nov 2012) 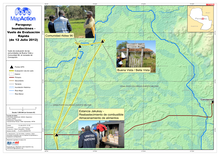 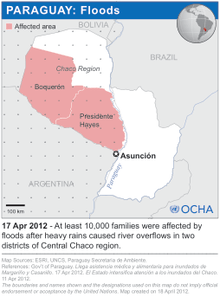