Heavy rains in the Nord and Nord-Ouest departments of Haiti on 8 and 9 Apr resulted in six deaths, flooding of houses and crops, as well as loss of livestock (OCHA, 11 Apr 2012). 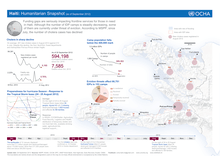 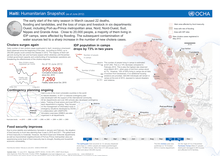