From the second week of January 2012, the rainy season in Bolivia intensified significantly as result of the La Niña weather phenomenon. A month later, 121 municipalities across the country were affected by overflowed rivers, landslides, hailstorms and widespread flooding. Damages to the road network resulted in many communities also suffering a shortage of essential supplies. The intense weather also affected atypical areas. On 22 Feb, the government declared a State of National Emergency for the departments of Cochabamba, Pando, Oruro and La Paz. Overall, 13,817 families were affected and 13 deaths confirmed. The situation was aggravated by the dengue outbreak. By the end of April, the situation had stabilized with the discontinuation of rains. (IFRC, 14 Jun 2012) 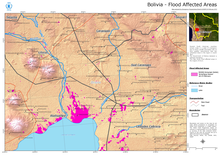 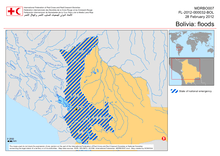 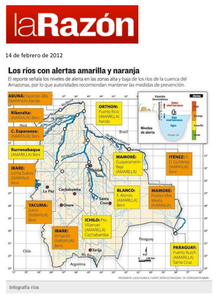