Floods triggered by monsoon rains that start over Kerala and cover the rest of India by mid-July have affected more than 2,500,000, killed more than 130 across the country. West Bengal, Bihar, Kerala are the most affected. (Govt of India, 10 Jul 2011) 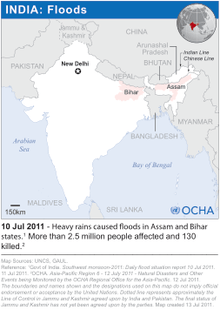 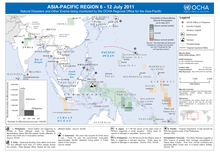