In the first two weeks of February 2011, flash floods and heavy snowfall killed 25 people and damaged up to 3,000 houses across Afghanistan’s Parwan, Herat, Wardak, Daykundi and Badakhshan provinces. The Shindand district in the western province of Herat was among the worst hit areas, with almost 2,600 families affected. Aid agencies also experienced difficulties responding to this district due to insecurity and road inaccessibility (IRIN, 14 Feb 2011).

Flooding continued into May, taking the lives of a further 37 people, injuring 45 and destroying another 1,940 houses. Upon the request of the Afghan Red Crescent Society, the IFRC released non-food relief items for 450 families across three provinces in the north-western regions. (IFRC, 5 Aug 2011) 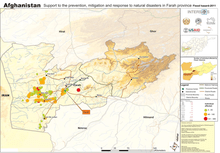 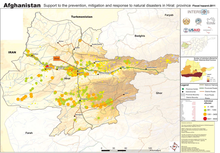 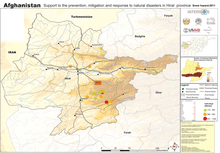