Heavy monsoon rains from November 2010 to February 2011 triggered devastating floods in 18 of Sri Lanka's 25 districts in the eastern, northern, north‐central and Uva provinces. According to the Government, close to 1.2 million people (319,451 families) were affected. Hundreds of families had to leave their homes to find refuge in temporary evacuation centres set up by the government in schools and community buildings across the island. The most severely affected were the districts of Trincomalee, Batticaloa, Ampara and Polonnaruwa. Homes, bridges, roads and other infrastructure were damaged or washed away. Thousands of the affected families lost their livelihoods. Some 30,000 houses were partially or completely damaged and 300,000 hectares of rice paddy was destroyed. (IFRC, 24 Jul 2012) 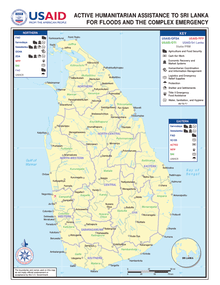 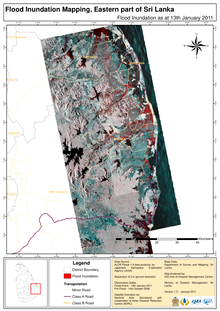 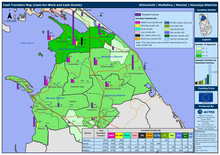