Downpours between 19 and 20 August inundated rivers in northeast China, causing severe flooding and damage to Sinuiju city in the northwestern area of the Democratic People’s Republic of Korea (DPRK). The Amnok river reached its highest water level since 1995, with flash floods submerging Sangdan, Hadan and Taji-ris in Sinuiju city, and Soho, Ojok and Maksa islands in Uiju city. According to government authorities, a total of 23,651 people were displaced, 7,139 dwelling houses were totally or partially destroyed, and more than 7,200 hectares of farmland were affected by the flash floods. In response, CHF 378,714 was allocated from the IFRC’s Disaster Relief Emergency Fund (DREF) on 27 August to support the DPRK Red Cross in delivering immediate assistance to some 16,000 beneficiaries and to replenish 2,500 family disaster preparedness stocks. The IFRC released its final report on 23 June 2011, and CHF 70,659 in unspent funds were returned to the DREF at the end of the operation. (IFRC, 23 Jun 2011) 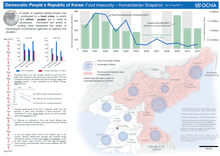 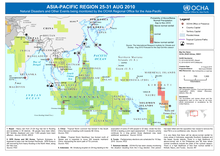 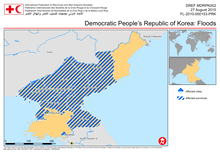