In August 2010, unusually heavy monsoon rain caused flooding across 30 of Thailand’s provinces, first in the north and later expanding across the southern regions throughout October (IFRC, 6 Feb 2011). Thailand's biggest province, Nakhon Ratchasima, was worst-hit, with three deaths, thousands of homes flooded as well as a hospital, which was forced to evacuate patients in critical condition.

By October, the governors of the affected provinces had declared the situation a disaster (IFRC, 27 Oct 2010). In response, CHF 356,617 was allocated from the IFRC’s disaster relief emergency fund (DREF) to support the national society. A total of 136,662 affected families in 44 provinces were assisted through the provision of relief kits by the Thai Red Cross Society using both funding raised domestically and from the DREF allocation. Over the course of the disaster, the DDPM reported that a total of 8,970,653 people were affected, 258 people had died and 7,784,368 rai of farmland had been damaged as a result of the flooding. (IFRC, 6 Feb 2011) 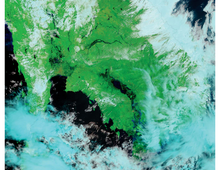 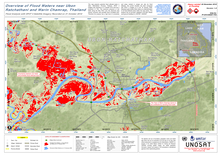 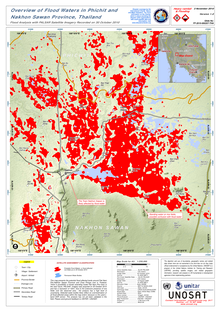