Central America experienced high rainfall during the 2010 hurricane season commencing with Tropical Storm Agatha which led to thousands being affected. Throughout the last few months of the season, rain continued to fall and produced localized flooding in several countries. (IFRC, 27 September 2010)

Nicaragua: Heavy rains continued to fall in Nicaragua after Tropical Storm Agatha struck the country. More than 71,000 people were affected and 66 died, including five members of the Nicaraguan Red Cross and a journalist who were delivering relief items to affected communities. Official numbers stated that 9,904 people were living in collective centres. (IFRC, 16 November 2010

Panama: Due to the effect of a low pressure system in the Caribbean Sea interacting with Tropical Storm Tomas, strong and continuous rains fell across Panama, producing landslides and flooding in 5 provinces: Chiriquí, Veraguas, Colón, Darién and Coclé. By Monday, 8 November, there had been two deaths and the government reported 6,200 people affected. Most of the damage reported by the Red Cross Society of Panama is in the Province of Chiriqui, where more than 12 communities have been affected by flooding. Initial assessments in the area reported two deaths and more than 3,000 people affected. (IFRC, 11 November 2010) 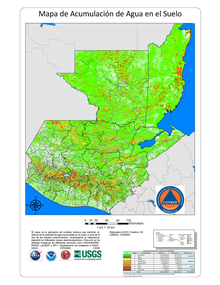 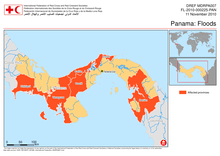 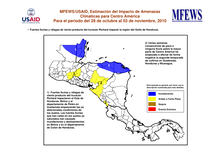