On 6 April, torrential rains caused the flooding of the tributary rivers of the Napo River affecting 1,288 families, according to the Emergency Operations Committee (COE). The water level reached up to 3 metres high within the city of Tena (capital of the Napo province), which resulted in 2 deaths, 107 destroyed houses, 3 collapsed bridges, 13 affected neighbourhoods and 1 blocked road. The Ecuadorian government declared a national state of emergency. (IFRC, 21 Sep 2010). 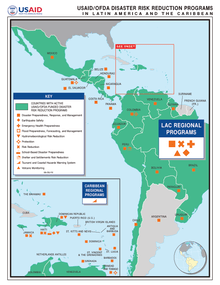 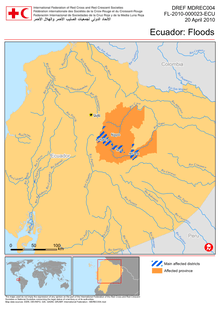